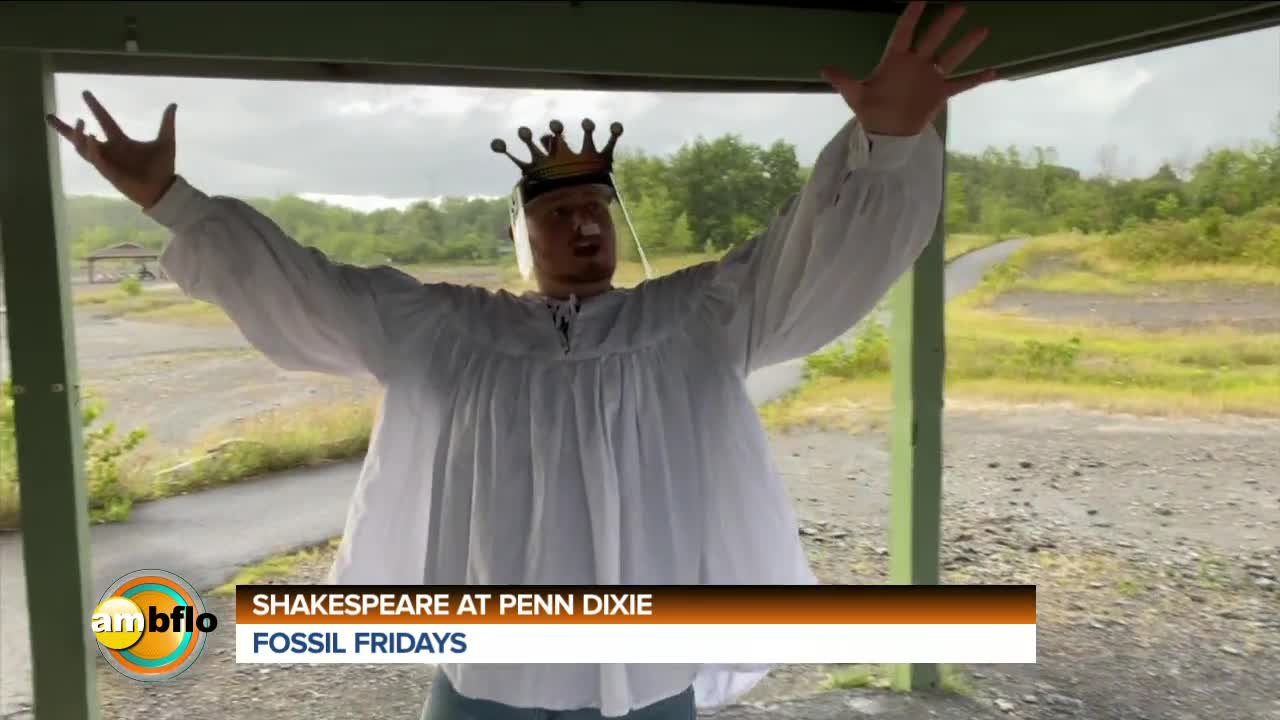 Penn Dixie to the rescue. Dr. Phil Stokes said when they were able to open they reached out to the other groups that couldn’t and asked them if they would like to do a presentation or a program at Penn Dixie. Shakespeare in Delaware Park has unofficially become Shakespeare in Fossil Park. Lisa Ludwig says they are so excited to be there and to be able to perform this summer finally. She says they have added some safety masks and hand sanitizers that that are using within the show to promote them being safe and everyone else should be safe as they can which is allowing them to perform for the public. For information on this free performance you can go to Penn Dixie’s website.

Don’t forget it is Fossil Friday. For a $7 admission you can hunt for fossils all day long. There are only two Fossil Fridays left, today and next Friday.

To find out what’s happening at Penn Dixie click here.