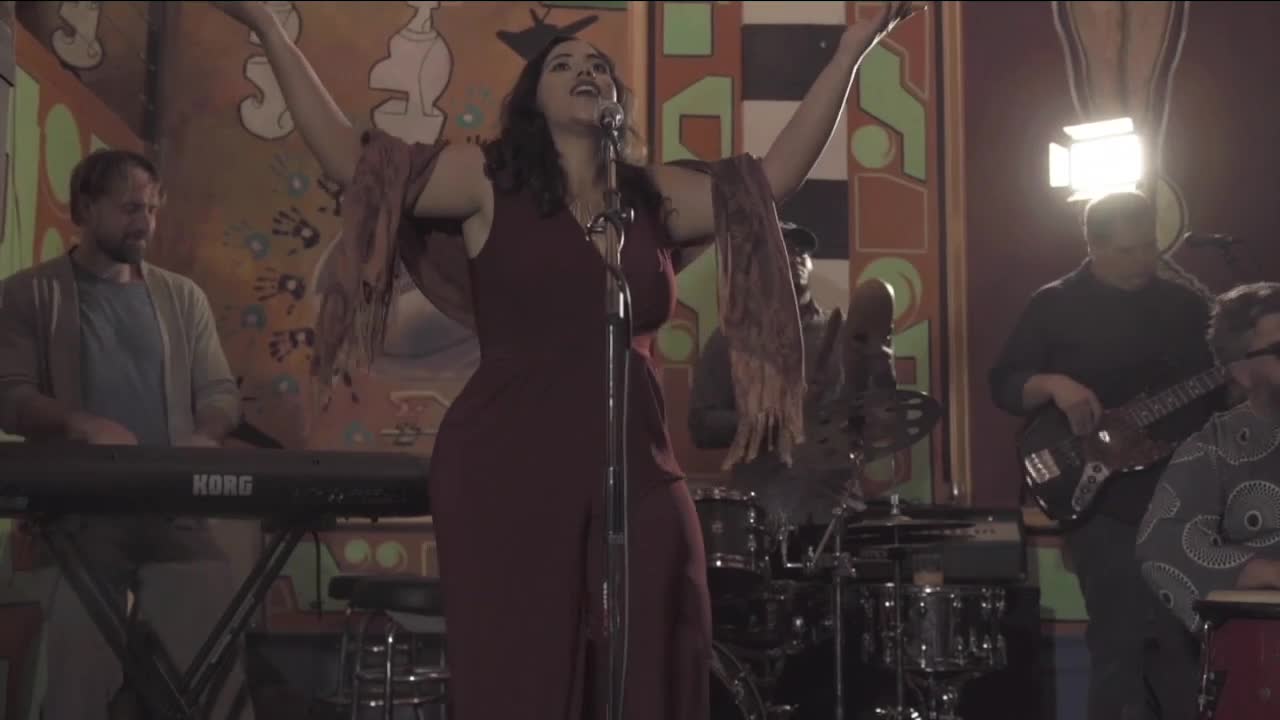 Saranaide is a new force on the Buffalo jazz scene. The singer grew up on Grand Island. Her Afro-Latin roots are the inspiration behind her music. She says she calls it the sound of her sanity; Bos nova because it is so calming, soothing and wonderful and when you are listening to it you feel so peaceful, calm and clear-headed and it makes you feel good.

When asked about her name she says she loves language; so she loves doing play on words so to integrate her name into what she does and also serenading is mostly what she does. So finding that unique way of spelling it while integrating her name into it because, she says in the world there are a lot of people with her name Sara Rodriguez. Saranaide writes her songs in Spanish and English. Her latest song called La Vida Que Me Da is a combination of both. It was written for a play and she thought the world needed to hear it because it is such a beautiful song. It is one of the only songs that when she heard it in her head it came out executed that way and that was a very exciting thing for her.

She says she is a little heavier on the jazz because she found her sweet spot with the Latin jazz but as an artist, she says she is multifaceted, and she has all the influences of different artists. The quest of an artist sometimes is trying to put that all together.

On Friday, November 20th Saranaide will perform live from the Premiere Cabaret lounge at the MusicalFare Theater as part of Jazz Buffalo’s live stream concert series. She says she excited that people can watch the concert from wherever they are.