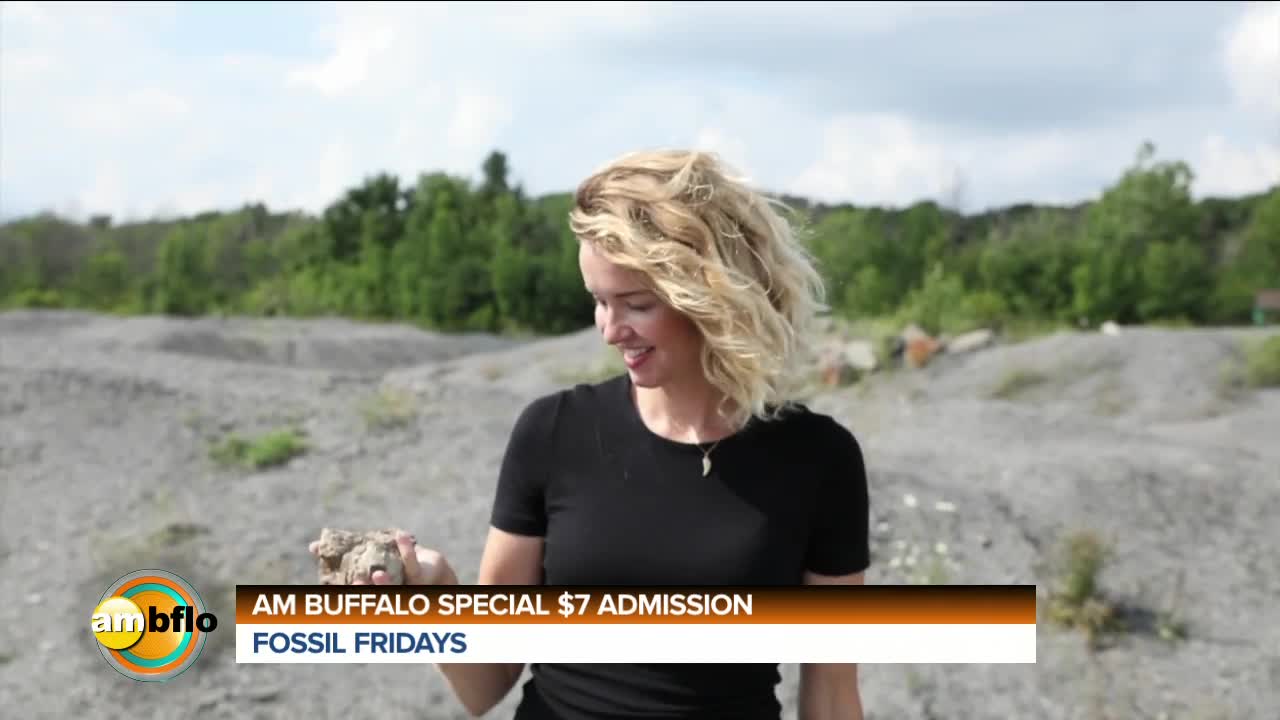 Today at Penn Dixie and Nature Reserve Mel is looking for poop. You won’t just find the fossils of ancient critters, there is a whole lot more including the stuff those critters left behind. Dr. Holly Schrieber, Paleontologist and Director of Education says they have 380 million-year-old worm poop. She say’s its fossilized for you to find and often it is sparkly because it has mineralized. You can find fossil poop basically everywhere on the planet in different rock formations. Dinosaur poop is also common, but you won’t find it at Penn Dixie.

There is another common rock that is more than meets the eye. Director of Science, Catherine Konieczny shows us limestone which is another sedimentary rock. She says most fossils come from sedimentary rock but this sedimentary rock is unique because it has silk, sand and clay and a little bit of bio-organisms that are dead or micro fossils and the thing that cements or holds them together is their excrements like pee and poop. So, these critters or animals when they were alive would have been at the bottom of the sea floor. So lower -level animals would die and then stack up over and over again and eventually they the water would get squished away and they would fuse together with their excrements still there. If you want to find a fossil n the limestone here you are going to have to work a litter harder and you might need some extra tools but that’s not to say you won’t find some good fossils in the limestone.

And don’t it is Fossil Friday. Every Friday for the next 4 Fridays the admission price is only $7 and you can hunt all the fossils you want. Bring the family for a day of fun at Penn Dixie Fossil Park and Nature Preserve.