"We want kids and staff in school" 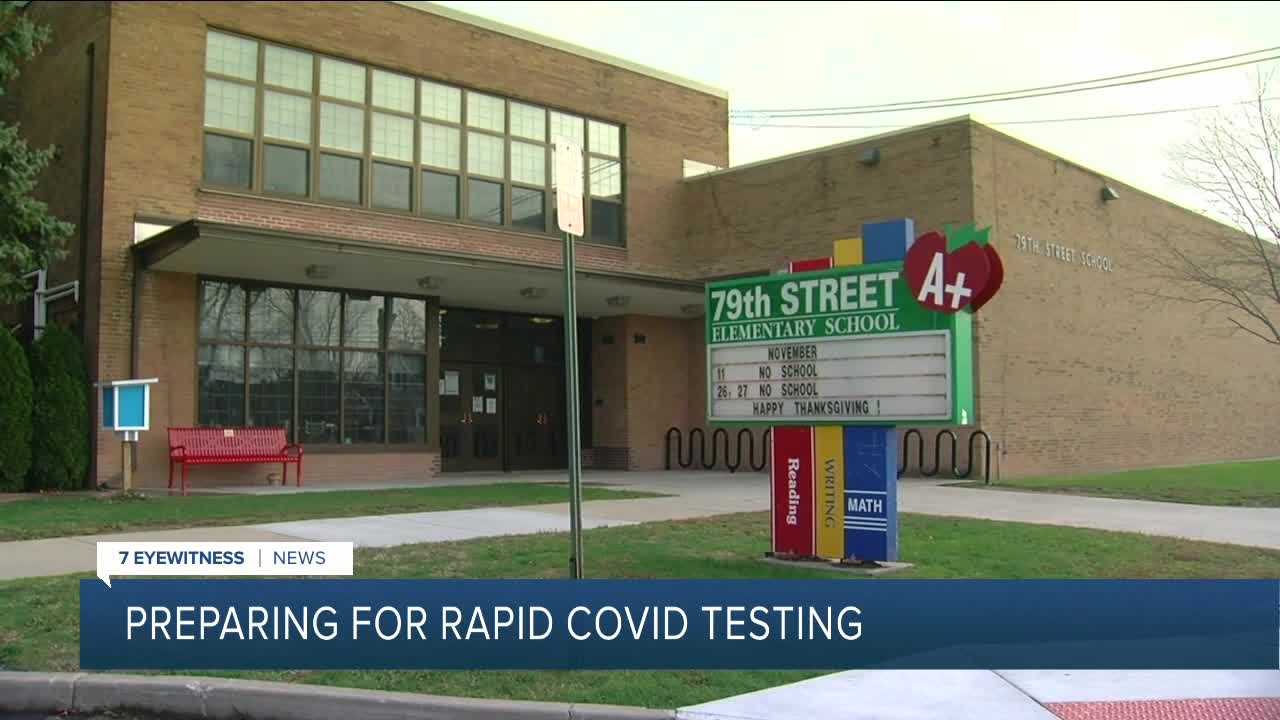 “It's all based and predicated on the fact that we want kids and staff in school,” remarked Mark Laurrie, superintendent, Niagara Falls City School District.

Superintendent Laurrie says this makes the district the first in the state to conduct on-site testing.

“We will ask students — moms and dads — and guardians and staff to make an appointment with our nurse practitioner,” Laurrie explained.

The district's medical director, Jo Silvaroli, said they're working to buy and secure the needed machines for the testing and create a walk up window.

“We would be able to test on daily basis probably up to 20-people,” Silvaroli noted.

“The will be a drive up window — you’ll get out of your car — you’ll go up to the window and step forward,” Laurrie said.

Unlike other school districts, the Niagara Falls City School District is still doing a hybrid model where students are learning both remotely and in-school.

The district has had about 29-confirmed student COIVD cases, but that's among about 5,000 students rotating in and out of classrooms.

“That’s a low number when you're bringing that many people into the buildings that many times since September,” said Laurrie.

The district follows an extra step when a student has COVID they also send home any siblings to reduce the spread at schools.

“The siblings will stay home — this way we completely just reduce the transmission rate the potential for a transmission and we have really reduced our numbers,” replied Silvaroli.

“I think the schools have done a very good job of keeping any transmission or infectious disease spread outside the school wall,” stated Laurrie.

Superintendent Laurrie says the district might be able to begin a few rapid tests as a trial run this Wednesday.

“We just want to get everybody's feet wet in a very slow kind of methodical way to make sure everybody gets their sea legs under them,” responded Laurrie.

The Falls School District says it's also ready to conduct testing of 20-percent of students and staffers if it is placed in a yellow zone.