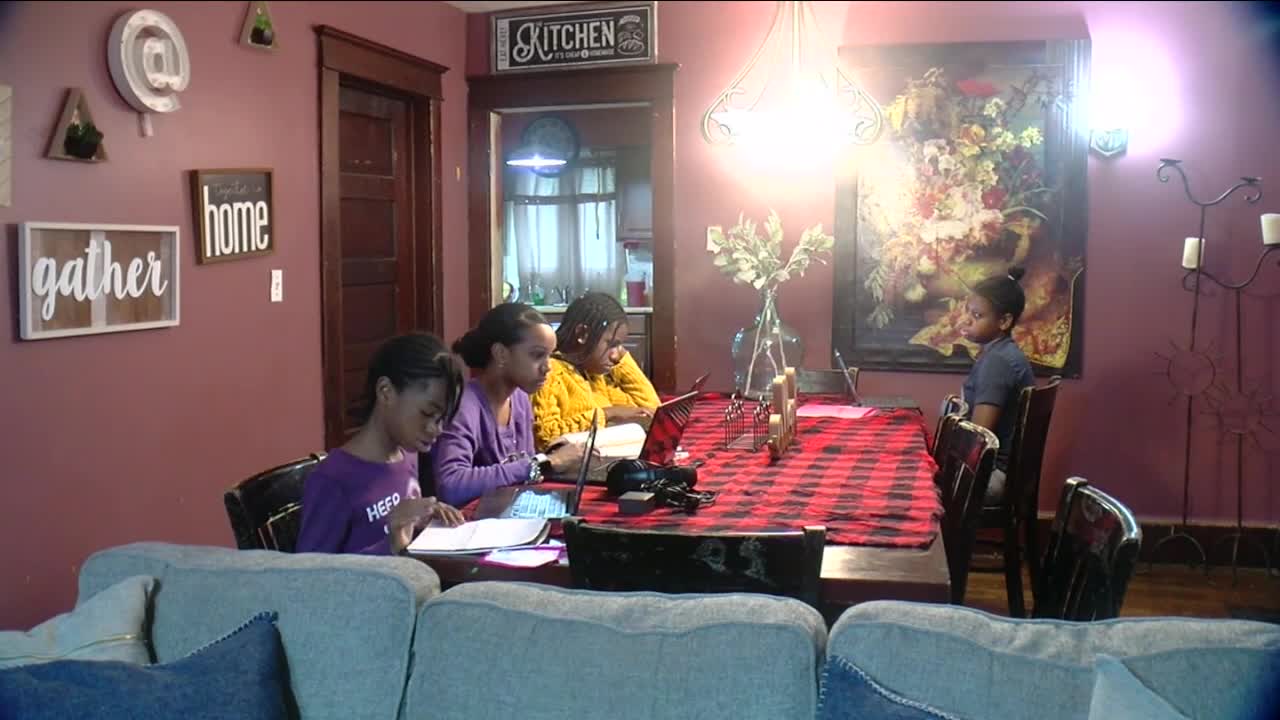 BUFFALO, NY (WKBW) — Madison Hopkins, 7th grader at the Charles Drew Science Magnet School in Buffalo, is among the more than 30,000 Buffalo Public School students learning entirely from home during the pandemic.

But her mother, Nichole Hopkins, contacted 7 Eyewitness News to report a concern that revolves around privacy.

Even after the teacher acknowledged Madison was live, with her microphone on and chat window open, Madison said she is consistently kicked out of almost all her remote learning course work because she does not want to be seen on video.

“I don’t want it on,” Madison explained. “Is there any reason why?” Buckley asked. “No, just, I just don't like having my camera on,” Madison answered. “But your voice is being heard, so they know you're live and in the classroom?”, questioned Buckley. “Yeah,” Madison responded.

But Madison was dismissed from a class while we were at her home during the interview.

“So I go in my classroom — right at the end they kick me out and then mark me absent,” Madison explains.

Her mom said it is an issue of "privacy" for her family.

But the same thing is not happening to Madison's two sisters and another girl remoting in from the Hopkin’s home. They all attend other city schools and also keep their computer cameras off.

Hopkins took her concerns directly to the assistant principal.

“He was saying that this was something that they were going to try to implement as far as making it mandatory that the kids have the cameras on,” Hopkins explained.

7 Eyewitness News has reached out to the school district to find out why the the school is kicking Madison off of her remote learning.

“We don't have a district-wide policy that would tell you to remove a student from the classroom,” answered

Botticelli said teachers have been trained to make sure they are offering students options and encourage them to exercise what they have learned to help guide families.

“But I think it’s important everyone come together and really have a conversation about how best to support the student,” explained Botticelli. “There are many ways you can work with a student if they don’t feel comfortable with their camera. You could show them how to blur the back ground or switch the background, but sometimes they still don’t feel comfortable.”

“Can you help her can you talk to the school and the family together?” Buckley questioned.

“We always want to support our schools and our family, so anything we can do to help the situation we're happy to work with them,” replied Botticelli.

Botticelli said she realizes every situation is different for school families.

“We’re in the middle of a pandemic, so people have different experiences — different feelings about being on-camera or connecting with the classroom,” Botticelli noted.

Madison is hoping for a solution because she said she is frustrated and feels like she is falling behind in her school work.

During Thursday’s class she said she was lost on some of the material.

“She just talking about something that I didn’t even know what was going on,” Madison said.

Shortly after our story aired, Hopkins said she did receive a response from the school.

“The assistance principal called me and said that they are changing the policy to the board policy,” Hopkins texted.

Again, as the district’s Botticelli stated “we do not have a district-wide policy”, but it appears the school will now follow the district’s protocol for virtual learning.