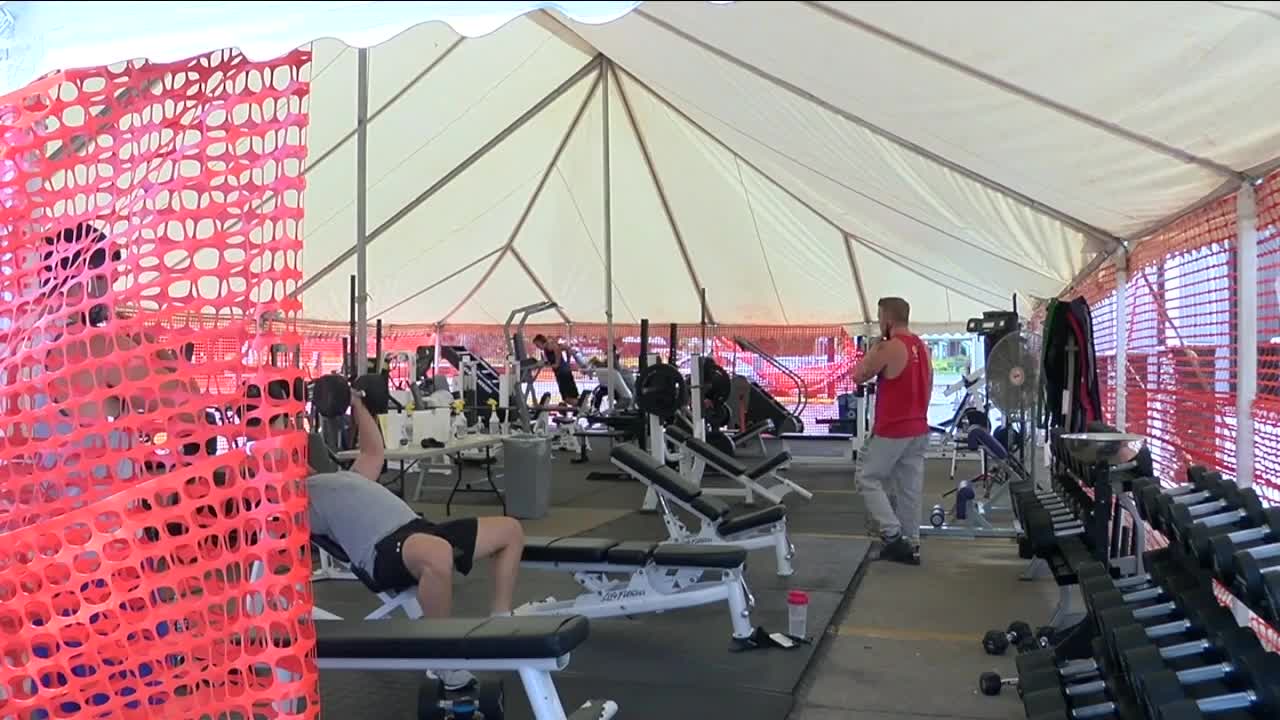 Gyms statewide are still waiting on reopening guidance from the state, but one gym owner has found a way to help its members stay fit and manage the pressure during the pandemic. 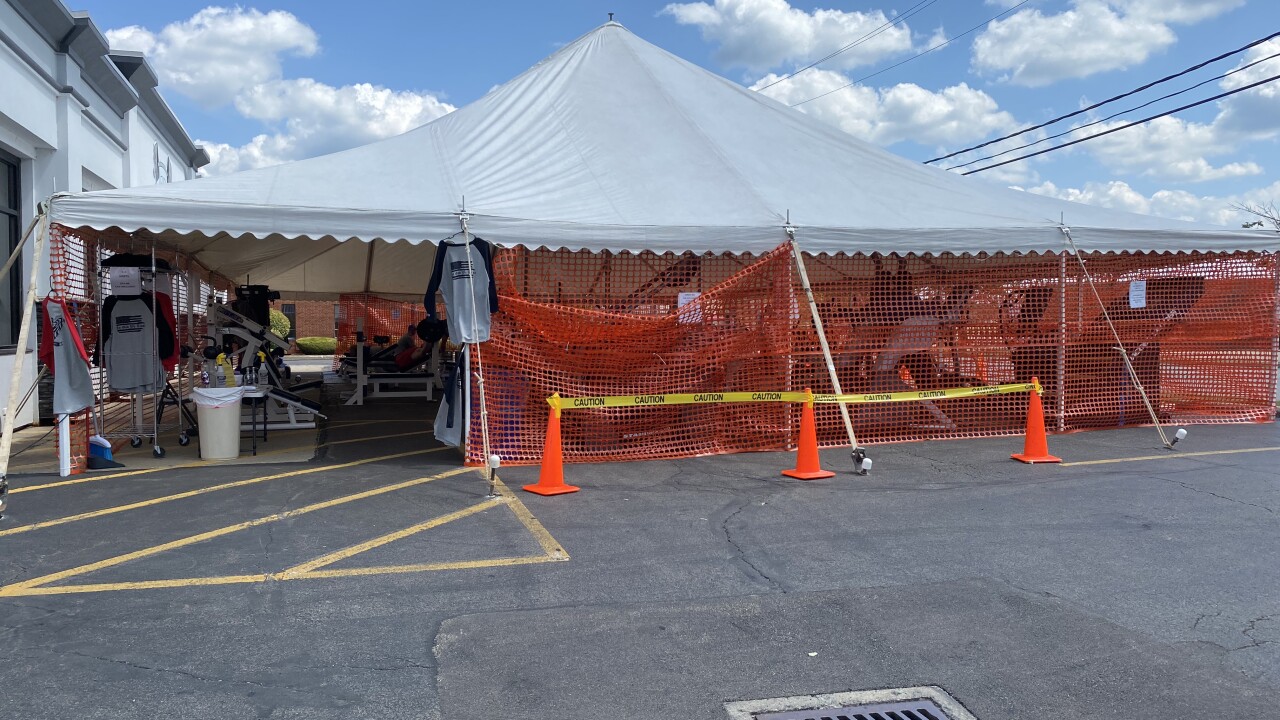 OLEAN, N.Y. (WKBW) — Gyms statewide are still waiting on reopening guidance from the state, but one gym owner has found a way to help its members stay fit and manage the pressure during the pandemic.

"I decided to move it outdoors and abide by the outdoor protocol that is allowed by New York State. It's a great vibe, we're having a ton of fun out here," said Paul Eade, owner of Eade Fitness 24/7.

He put up a 40 x 60 foot tent in the parking lot outside of his gym, which opened August 4. He moved cardio and strength equipment outside and put new protocols in place.

"They do a temperature check and of course temperature needs to be below 100.4. Then they sanitize their hands and what we ask them to do is have a face covering," said Eade.

Employees clean equipment touch points and encourages members to do the same.

"It's not any different we were doing it before...common sense decency," said member Haidon Moran.

Eade made this change after many of his members were going across the state line to Pennsylvania to work out. He tried to re-open back in May, but was shut down again by the New York State Health Department. He says being closed cost him more than $10,000.

"I really thought Phase Four would be it and just like gym members all across the state it was disheartening and disappointing when they kept us out," said Eade.

He's involved in a lawsuit to re-open his gym, along with 700 other gyms in the state. They have a hearing on August 20 and hope it gets them closer to moving back indoors.

"This is an expense to run this tent, I'm gonna lose money every month, I'm hoping between now and the near future we can go back," said Eade.

He'll continue pushing to stay open because he says gym access is something people need.

"I got people that without this gym they turn to other demons and they tell me that and that's what keeps me going," said Eade.

The Eade Fitness 24/7 tent is open from 5am-8pm on weekdays and 5am-5pm on weekends.