Local marina, once non-essential, now working to make up for lost time 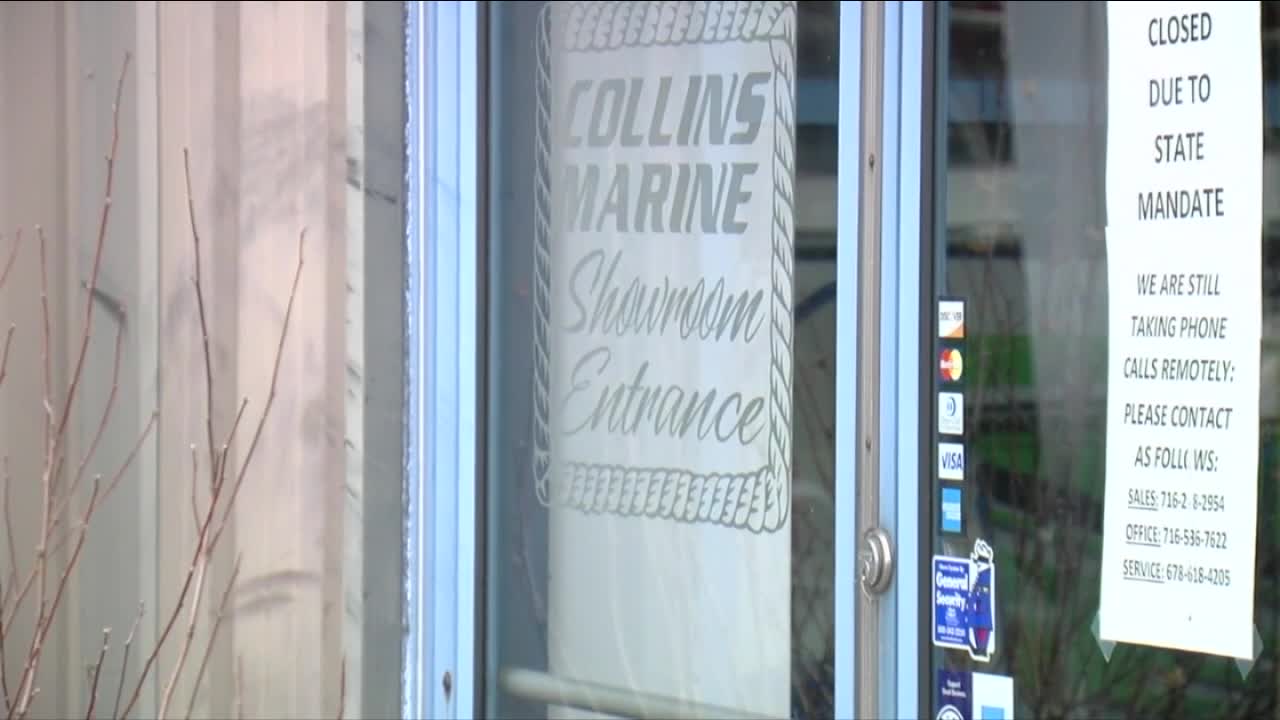 As we get closer to the late spring and summer, a Tonawanda marina is working to make ends meet. 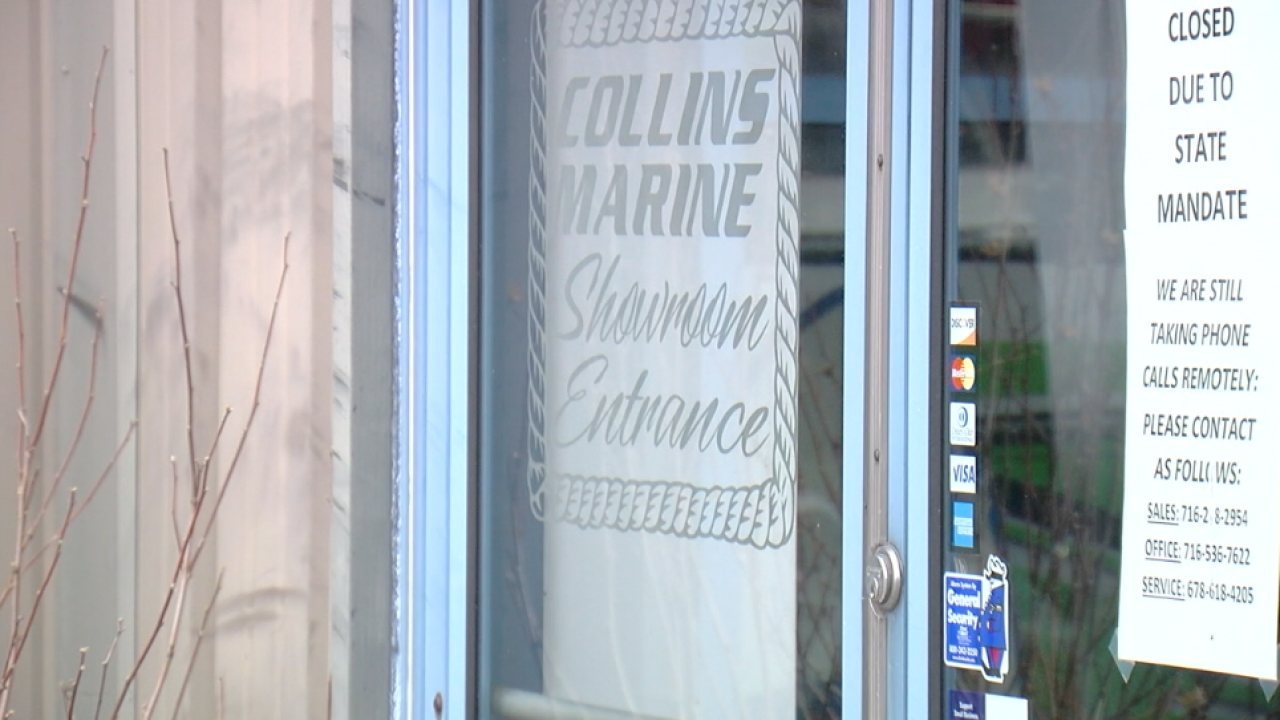 BUFFALO, N.Y. (WKBW) — As we get closer to the late spring and summer, a Tonawanda marina is working to make ends meet. The governor declared them non-essential back in March. The governor decided to open them back up last month.

After a month of no work, the rush is on to salvage the boating season.

Under the Grand Island bridge, at Collins Marine in Tonawanda, the silence is deafening from the outside, in.

"You're kind of used to this pace of working hard and fast," said John Zimdahl. He's the sales manager. "Some days you work hard, but today, the phone hasn't rang today like it did yesterday when it was a nicer day."

"We had good momentum, started in sales, during the boat show at the end of February, but then the incoming of the virus, it's just like turned the switch off," Zimdahl said.

While the switch is back on, it's kind of on a dimmer. Private pontoon rentals are off limits-- at all marinas-- as per the governor's order, opening these facilities.

"We don't know. It's just for us a revenue loss, but everything we're doing right now is just wait and see," Zimdahl said.

Meantime, crews are emptying the storage warehouse and putting boats right in the water. There's no one washing or waxing at the marina.

Zimdahl believes fewer people will be gathering and this season will be more personal.

"I think you'll see decreased activity, as far as around the marina, as we practice social distancing," Zimdahl said.

"Will it be a usual year," Zimdahl questioned. "Probably not."

Zimdahl says now that they're back to work, they're hoping to recoup what they've lost. He says the showroom is still open but at a safe distance.