Major film and television studio to be built in Buffalo 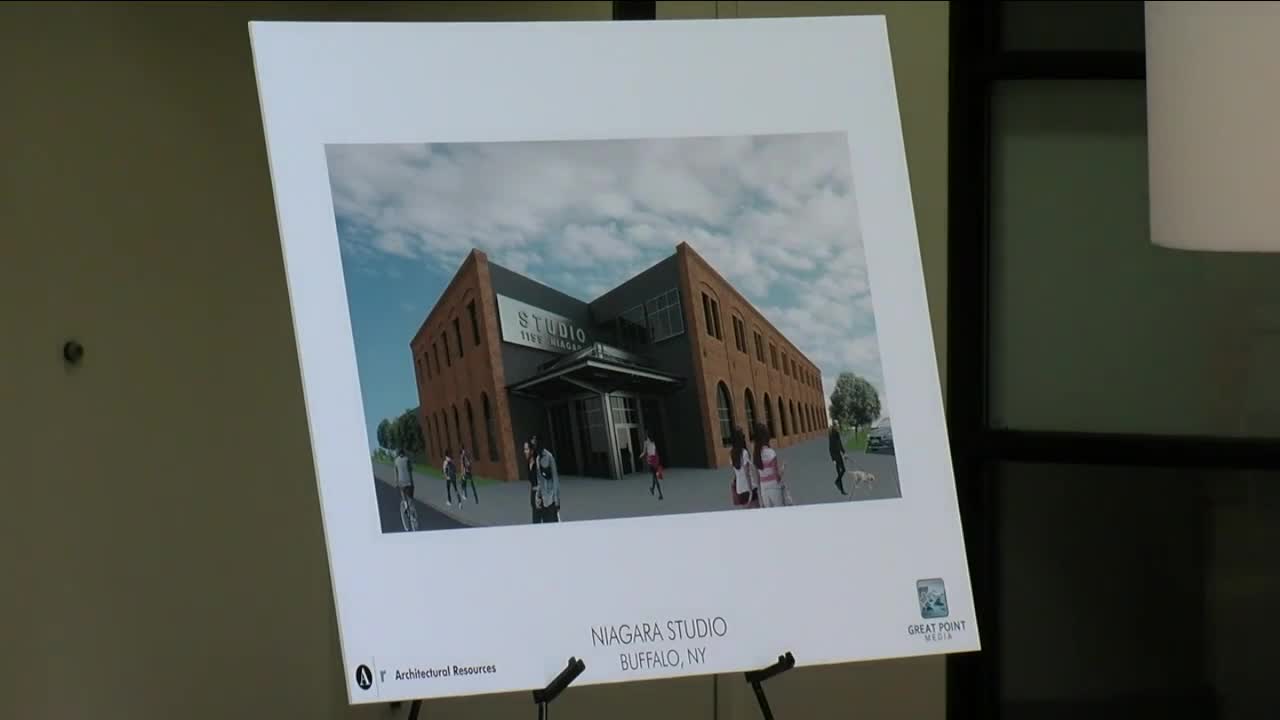 A state-of-the-art studio is headed to Buffalo's westside. 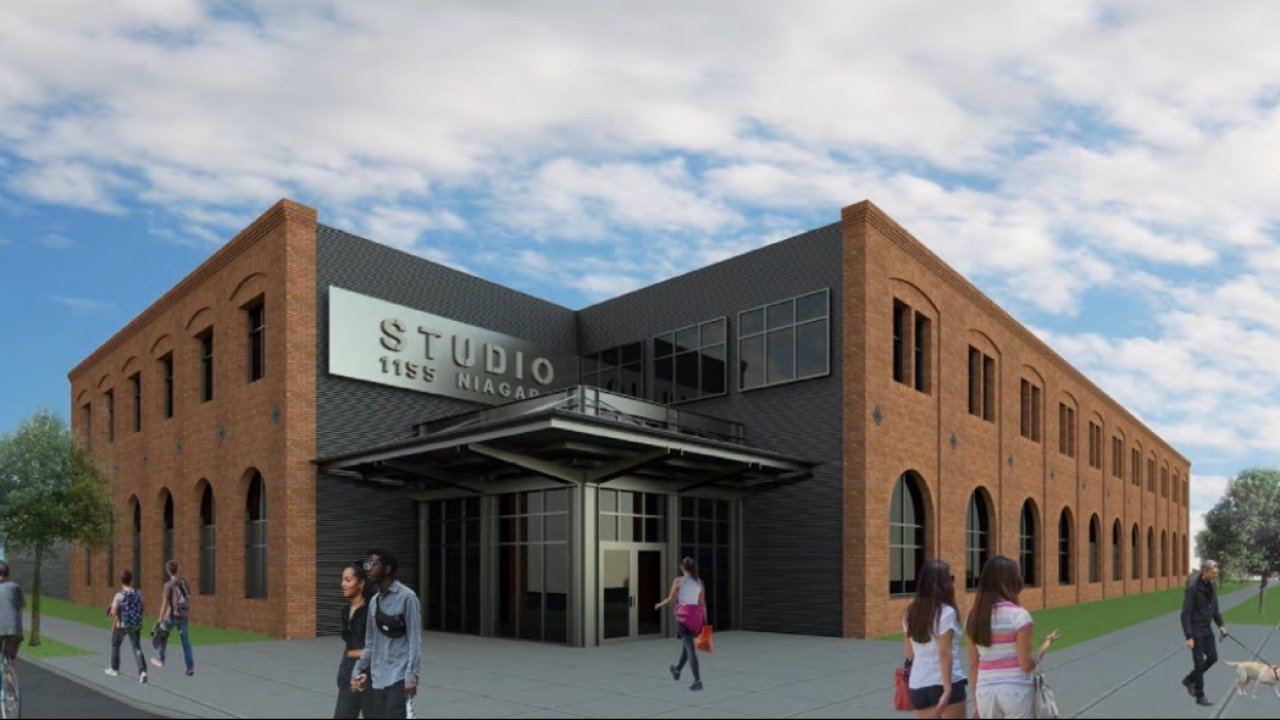 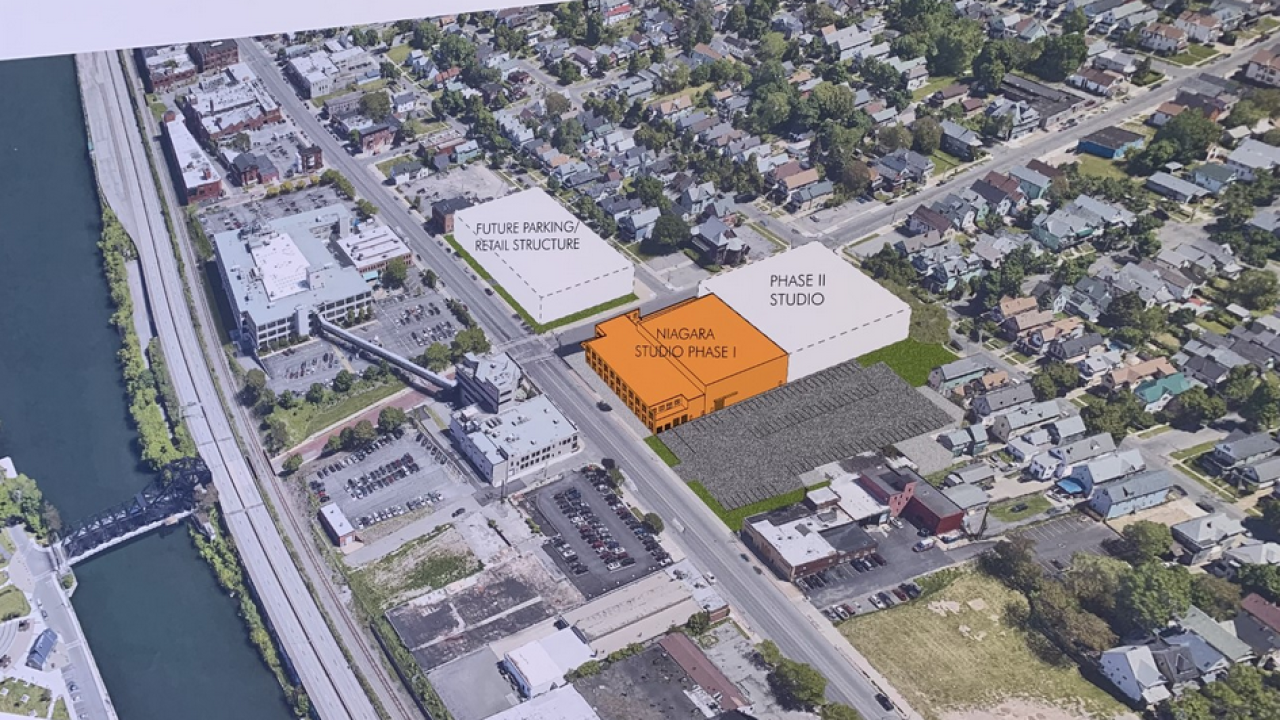 BUFFALO, N.Y. (WKBW) — A slice of Hollywood is coming to Buffalo - yes, Buffalo.

Great Point Capital Management, a media-focused investment fund run by Robert Halmi and Fehmi Zeko, filed plans with the city to build a major new state-of-the art film and television studio complex on Niagara Street on the city's west side.

Earlier this year, Great Point signed a deal with Rich Holdings Inc. to purchase a building site for the studio on land adjacent to Rich Products, Niagara Street campus. The $50+ million full-service film and television production facility will include two 20,000-square-feet stages and 70,000-square-feet of office and support space. Developers said the studio will be built in two phases. Construction on Phase-1 is slated to start this September with projected completion in autumn 2021.

Fehmi Zeko, co-founder of Great Point Capital said, “Buffalo is an ideal city for a state-of-the-art film and television complex. A combination of great locations, well-trained crew and tremendous support from local government, has made Buffalo a desirable destination for filmmakers. With the addition of the studio, Buffalo will see year-round activity.” Rich Holdings Inc., a key investment partner and a long-time corporate force in Buffalo has been instrumental in bringing this opportunity to fruition.

Longtime local developer and former CEO of the Buffalo Sabres, Larry Quinn, will be coordinating and supervising all aspects of the project for Great Point. Buffalo based architecture firm, Architectural Resources, is designing the studio with Krog Corporation acting as construction manager and builder. Great Point will be using Buffalo subcontractors and the local labor force to complete the building.

The studio is expected to be a big boost to the local economy. In addition to the many full and part time jobs which will be created at the complex, films utilizing the studio will source catering, security, cleaning crews, transportation and housing locally.

“Buffalo continues to emerge as a film-friendly city and the building of a major film and television studio complex, here in our community, is a game-changer for our community and a positive statement of the long-term confidence Great Point Capital Management and Rich Holdings, Inc. have in our City’s growing film and television industry,” stated Buffalo Mayor Byron Brown. “This $50+ million investment means new employment opportunities for City residents and more business for those around the City who support Buffalo’s thriving film sector.”

This will be the second studio complex under construction for Great Point Capital. Construction on their Lionsgate Studios in Yonkers, NY has resumed after a three-month Covid-19 hiatus. Great Point is in discussions with numerous television companies that are considering the role as anchor tenant for the Buffalo Studios.

"As a Western New Yorker, I am proud that Buffalo is emerging as the top destination to film in Upstate New York," said Lt. Governor Kathy Hochul. "The addition of this major film and TV studio complex means more jobs, more business and more opportunities to showcase our friendly city and unique Western New York region. As we continue to contain the spread of the coronavirus, we are simultaneously building back Western New York better than ever before and further putting the City of Buffalo on the map."