University at Buffalo to begin COVID-19 surveillance testing of students, faculty and staff 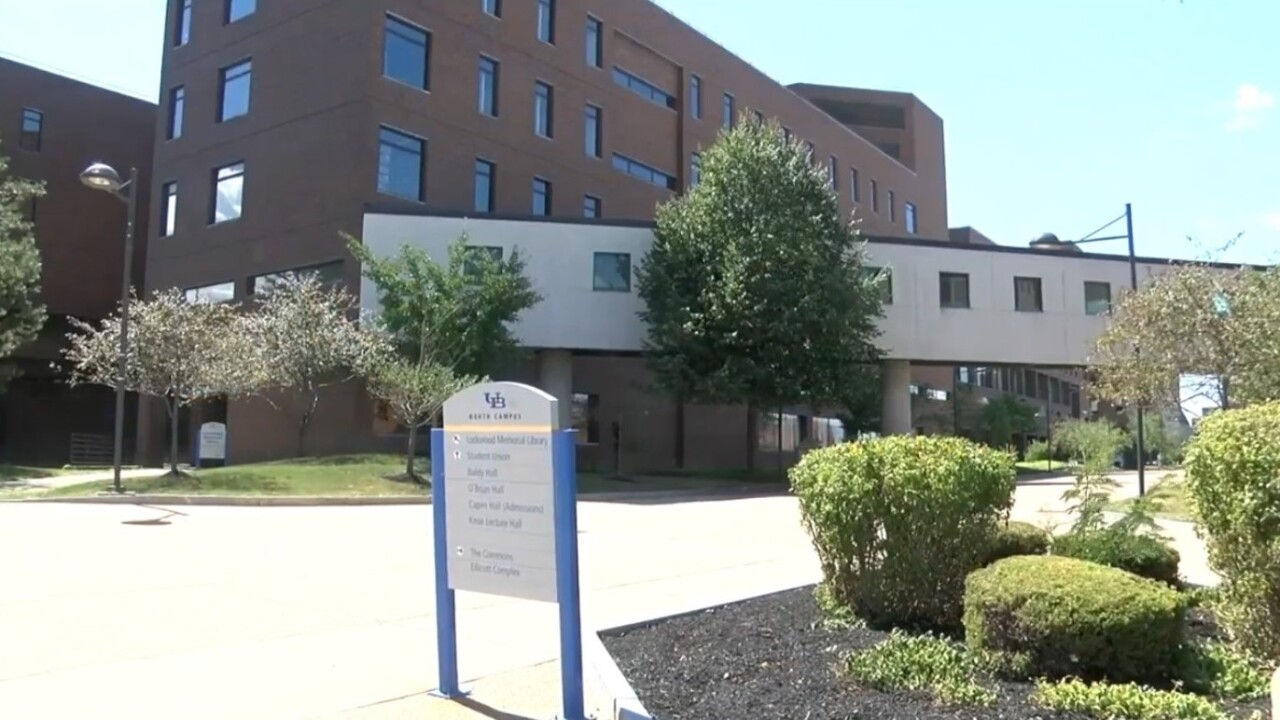 BUFFALO, N.Y. (WKBW) — The University at Buffalo says as part of the next step of its health and safety guidelines, it will begin COVID-19 surveillance testing of students, faculty and staff.

The surveillance testing will be random and will be done using their saliva, according to UB.

“The university’s working group on testing and surveillance has been closely monitoring the sensitivity, specificity and availability of COVID-19 tests, as well as the prevalence of the virus in Western New York,” said Michael E. Cain, vice president for health sciences, dean of the Jacobs School of Medicine and Biomedical Sciences, and chair of the committee overseeing UB’s Health and Safety Guidelines. “Partnering with Upstate Medical Center, we are implementing a program of randomized surveillance testing at UB that will help the university further monitor and respond to the prevalence of COVID-19."

The surveillance testing will be centered on "stratified random sampling" of three groups at UB, which are:

There will be multiple rounds of scheduled randomized testing which will occur at regular intervals (weekly, biweekly or monthly) beginning the week of September 7. The university says testing sites are being set up on the North, South and Downtown campuses.

"During each round of testing, 279 individuals from each stratified group will be randomly sampled, for an overall total of 837 across the three groups," a release states.

Students, faculty and staff who are fully remote will be excluded from the testing.

The testing will be pooled testing, which was approved by the New York State Department of Health for use by SUNY institutions in mid-August.

"The pooled testing allows for 12 people to be screened in one test. The testing will be done using saliva, rather than by swabs that are inserted into a patient’s nose. Individuals administer the tests themselves, swabbing their mouths for 10 or 15 seconds each, and providing the saliva samples to medical personnel," a release states.

A negative test means all 12 people in the group are presumed to be negative for COVID-19, a positive test would require additional testing of each person. Those who test positive will have to follow the guidelines for quarantine and isolation.

The university began its fall semester August 31 and has set up a COVID-19 dashboard which provides the latest updates.