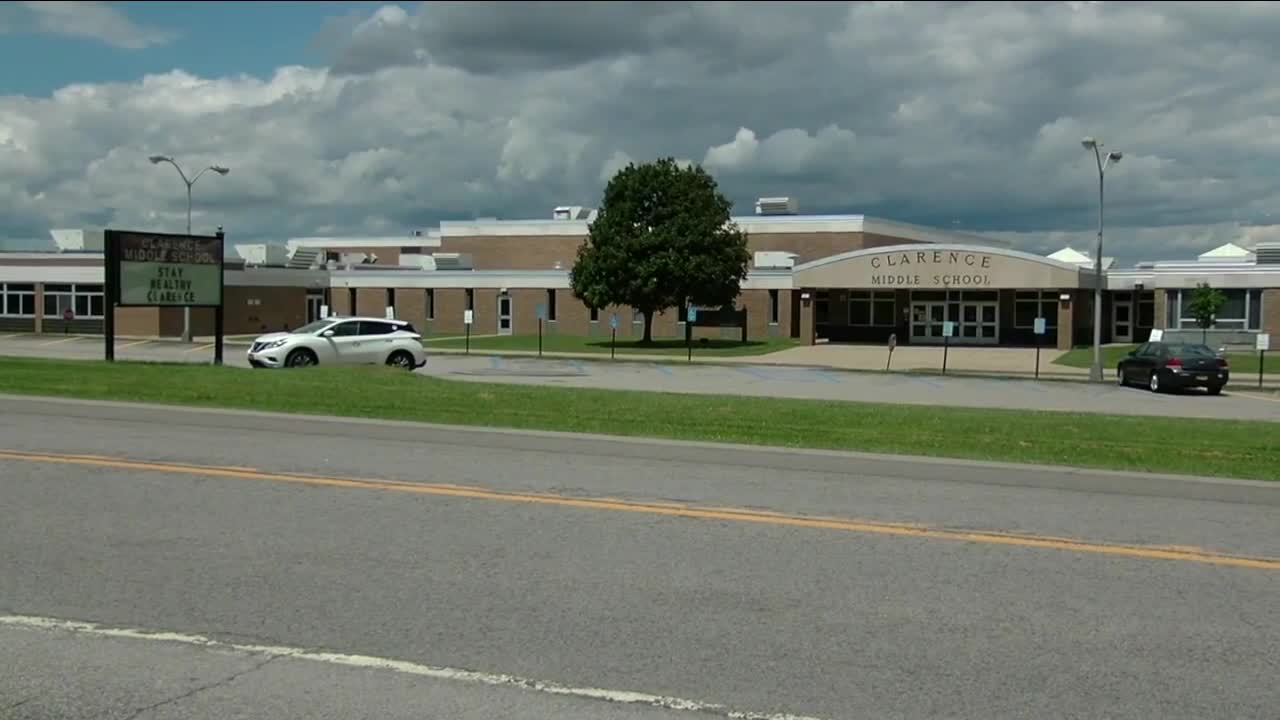 Parents in the Clarence Central School District have many unanswered questions. The biggest one, will students walk through these doors in September? CLARENCE, N.Y. (WKBW) — Parents in the Clarence Central School District have many unanswered questions. The biggest one, will students walk through these doors in September?

“There's certain days where like I'm just going to home school them and then the next day I'm like no I'm going to send them,” said Nicole Cimato, a mom of three.

“The Clarence School District has done everything they can do to make sure our kids are safe from cleaning supplies, to PPE. We have actually plexiglass cubicles that they're getting for every student,” Leach said.

But Cimato has some reservations.

“We don't know that plexiglass does anything. I go off of what science tells us and there are no statistics showing that plexiglass can save our kids from anything,” Cimato said.

“They have covered all the safety measures, but us parents’ don't feel comfortable with the hybrid model or the remote model because they have not provided us with any information on how our kids will be learning,” said Leach.

Cimato said she's concerned about kid's abilities to learn in the school's half day hybrid model that has half of the students at school in the morning, and the other half later in the day.

“I don't love the idea of the half days every day. I'm just not sure if two and a half hours is enough for them to get what they need,” Citmo said.