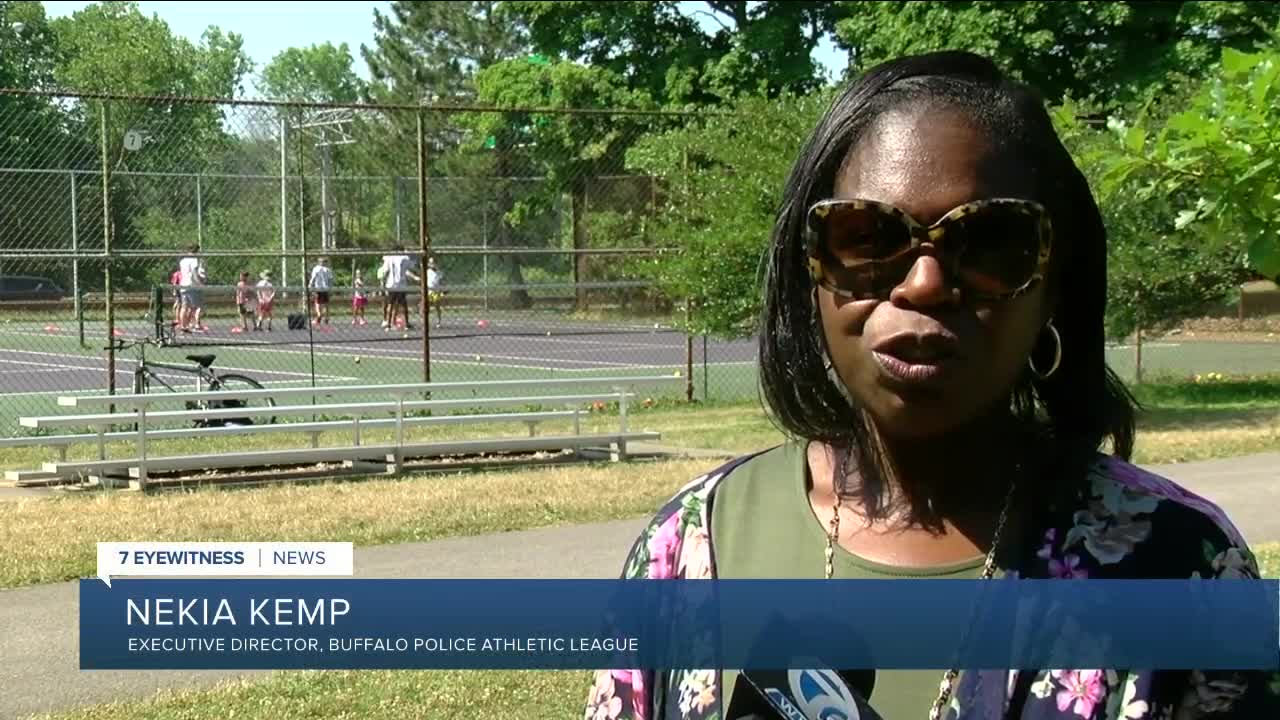 Kids were able to beat the heat and beat cabin fever in Delaware Park on Thursday. BUFFALO, N.Y. (WKBW) — Tennis was among the youth sports approved by Governor Cuomo a few weeks ago. Now, after a late start, the Buffalo Police Athletic League is back in action for 2020. Organizers had to take some extra precautions, though.

"Each child receives their own equipment, so there's no equipment sharing," executive director Nekia Kemp said. "We also require the children to wear face coverings, but when they're on the court and running around, we have them pull them down so they're getting some air and staying safe."

The record breaking temperatures were another bump in the road for Buffalo PAL-- but families knew to have their kids come prepared.

But at the end of the day, the camp is a return to normalcy for kids, and a chance for both them and their parents to get out of the house.

"I go to tennis a lot, so I like to go to tennis," Maryclaire Trudell said. "Because I can just not be in our house all the time and be playing and doing a sport."