Remote learning leads to computer shortages in the area 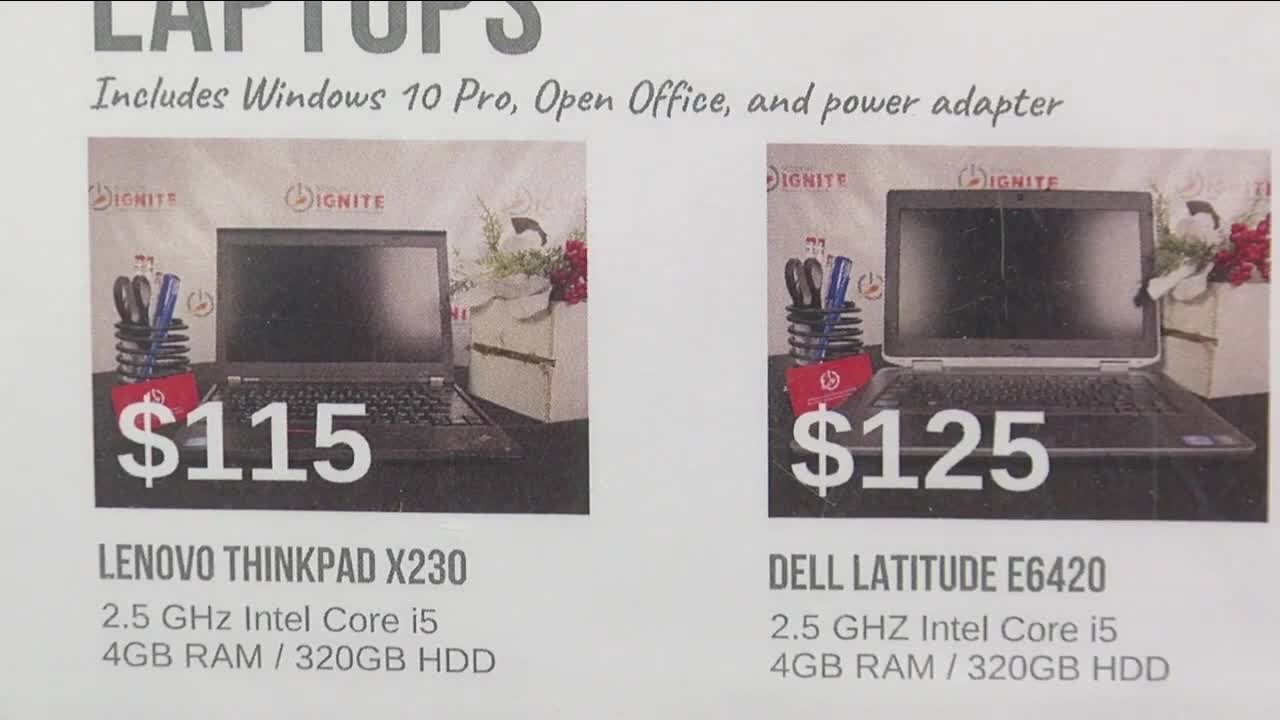 BUFFALO, N.Y. (WKBW) — Whether classes are in person or online, your child may need a laptop. But Christine Carr-Barmasse, executive director of Mission Ignite said finding one may be a little difficult.

Carr-Barmasse said the shelves in this warehouse are usually filled to the brim, but for the last few months, that has not been the case. That’s because demands for computers and laptops have been so high.

“We’ve put 13 hundred computers into our community since January and 900 of them have been in last 3 and a half months,” Carr-Barmasse said.

Mission Ignite is a not for profit organization that refurbishes computers for families and schools. And with schools switching to remote learning, Carr-Barmasse said the demand for computers has been so high that she had to hire extra staff.

Benjamin Thiesen is an IT specialist at Mission Ignite and he says since his start here, all he’s seen if products flying off the shelves.

“You know we just got in a donation of 40, 50 laptops or whatever and we’ve gone through them already. That was a last week," he said.

And with a new school year just around the corner, the organization fears that they may not be able to respond to such high demands.

“What we want is the demand of resources to come in now prior to September and October when we start getting these requests again,” Carr-Barmasse said.

Since Mission ignite works on refurbished computers the organization needs a lot of computer parts but “finding those pieces at reasonable prices is difficult because everyone is trying to repair computers to get them out to the people who need them,” Thiesen said.

But, Mission Ignite is thinking ahead.

“We are gearing up with several hundred laptops that we have ready to go. So if you are in a need for a low cost solution for a laptop or a desktop, we have solutions ready to go.”

For more information on how to find affordable laptops, click here.