'This is not just a number. This is our mom,' son says of nursing home resident 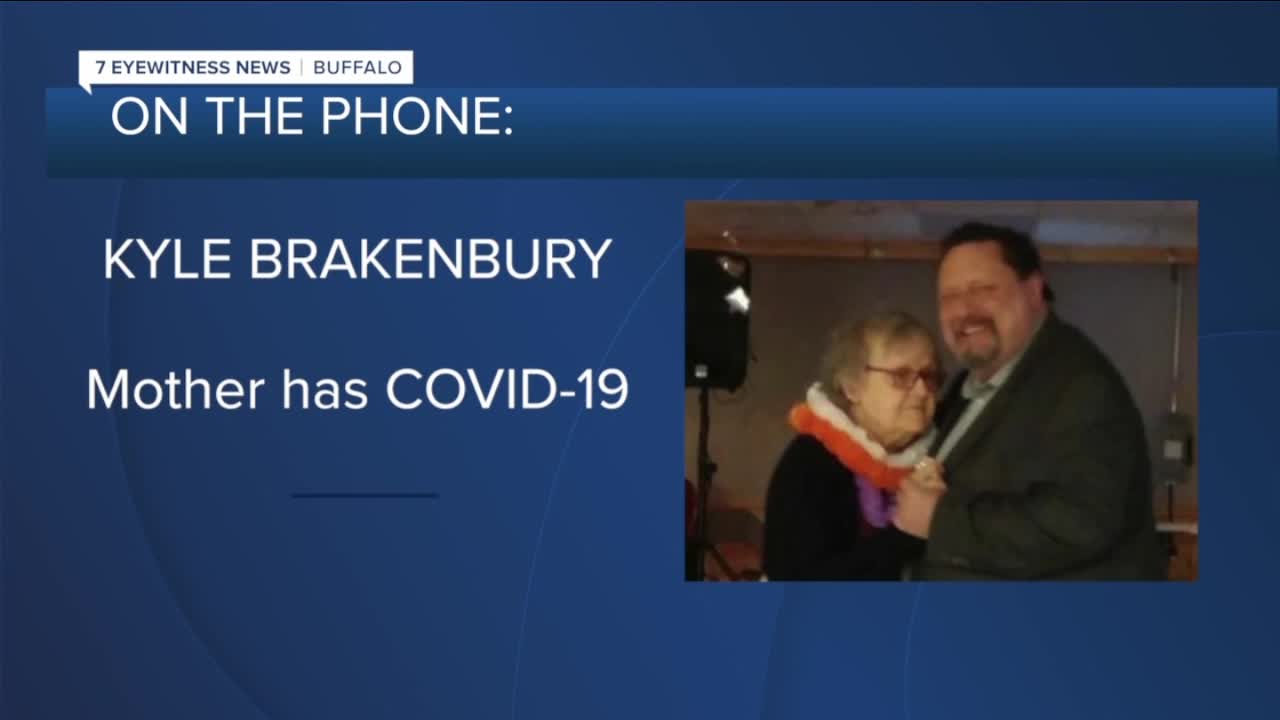 Kyle Brakenbury’s mother has COVID-19. He’s almost certain she got it in a nursing home.

BUFFALO, N.Y. (WKBW) — Kyle Brakenbury’s mother has COVID-19. He’s almost certain she got it in a nursing home.

He recently took to Facebook to write, “This is not just a number. This is our mom, wife, gramma…our Mom is now COVID positive...A direct result of the incompetence and mismanagement of the Villages in Albion.”

The Villages of Orleans in Albion is one of the lowest-rated nursing homes in Western New York. It’s rated one out of five stars and was recently fined by the federal government.

“I’m not talking about shutting the place down here,” Brakenbury said. “But I just feel that the powers that be need to be held accountable. We’re talking about people’s deaths here.”

Orleans County health officials say the nursing home has 49 cases of COVID-19. The State Health Department reports that 12 residents have died of the virus.

Brakenbury’s mother first came to the Villages for rehab after other health issues. Before discharge, she tested negative for the virus. But Brakenbury said the staff failed to isolate her for the next three days and put her back in her room with her roommate, who later tested positive for COVID-19.

“That’s what our major complaint is,” Brakenbury said. “Why was she not isolated after the swab, because she would have been negative then? She got positive waiting for the test results.”

Administrators at the Villages did not respond to a phone call seeking comment, but Assemblyman Stephen Hawley (R-Batavia) is asking the state health commissioner for “an immediate and full-scale investigation” of the nursing home, where he said staffing has been “depleted and demoralized.”

His letter also contains allegations that “a nurse in the dementia unit swabbed 6 patients and was told by the director of nursing to throw out said swabs and not be sent for testing.”

State officials say nurses treating COVID and non-COVID patients must be separated, but a nurse told the 7 Eyewitness News I-Team last week that she quit her job at the Villages because management pushed her to cross between departments.

Cuomo aide Jim Malatras said Tuesday that the state has provided nursing homes with “hundreds of thousands, if not millions” of masks and other protective gear, but both Holley and the nurse claim that protective gear at the Villages “is locked in the Director of Nursing’s office and only released when a DOH inspection is to occur.”

A spokesman for the state health department said in a statement, “The Department of Health launched an unannounced COVID-19 focus inspection on April 29, 2020 and found the Villages of Orleans in compliance with infection control practices and CDC-supported guidelines issued by New York State.”

Brakenbury said investigators from the state attorney general’s office have already contacted him about the nursing home. A spokesman for the AG's office said it is investigating multiple nursing homes but would not confirm the locations.