Says not related to AG actions 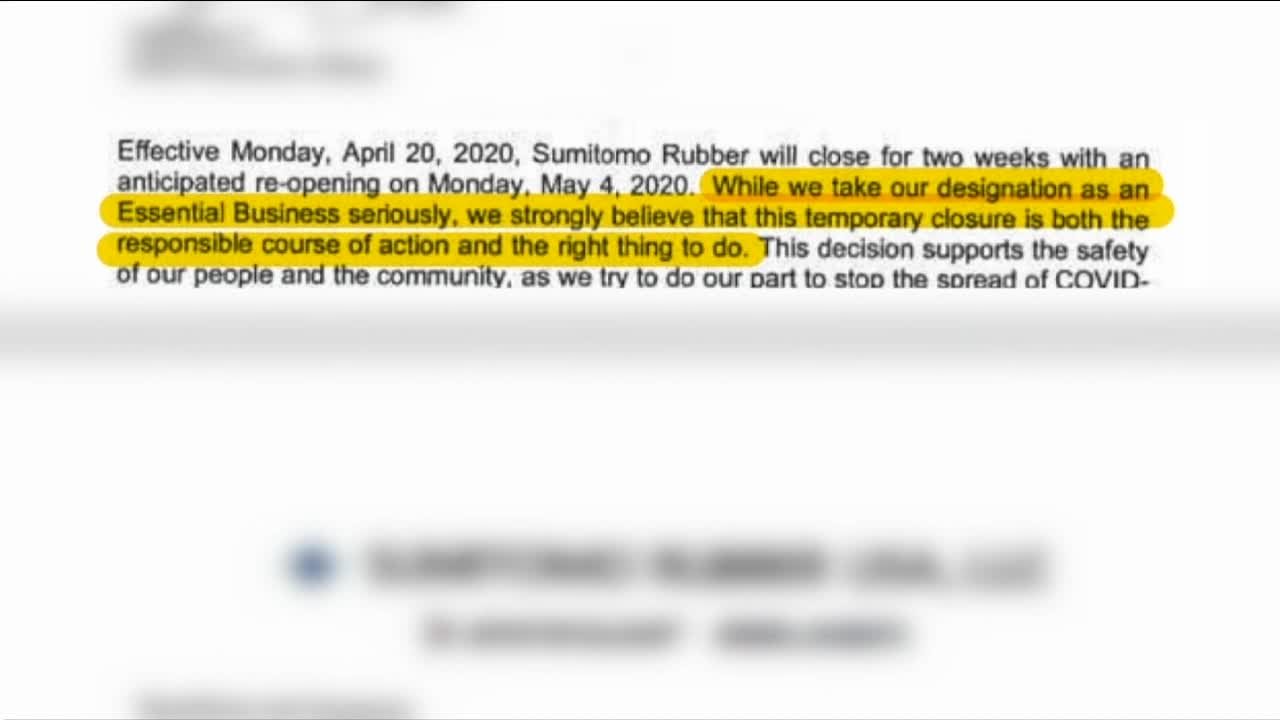 One of Western New York's largest manufacturers is closing its Town of Tonawanda tire-making plant amid fears about community spread of COVID-19.

BUFFALO, N.Y. (WKBW) — One of Western New York's largest manufacturers is closing its Town of Tonawanda tire-making plant amid fears about community spread of COVID-19.

Sumitomo Rubber USA, the maker of Dunlop tires, said it will shut its doors from April 20 to May 4, with the possibility that the closure could extend another week to May 11.

"While we take our designation as an Essential Business seriously, we strongly believe that this temporary closure is both the responsible course of action and the right thing to do," company CEO Yasutaka II said in a memo to employees obtained by the 7 Eyewitness News I-Team.

The move follows reporting by the 7 Eyewitness News I-Team in which multiple employees voiced concerns about why the plant was not shutting down during a global pandemic. Erie County Executive Mark Poloncarz had also voiced concerns about the plant staying open at a time when public health officials nationwide are urging people to stay home and avoid contact with others.

It comes three days after the New York State Attorney General's Office started looking into the tiremaker after receiving complaints of "unsafe working conditions" at the factory.

But in a "Q and A" section of the memo sent to employees , the company denied that those developments factored into the decision.

"As stated in the prior message, we routinely receive inquiries from various agencies," the memo stated. "This is nothing new."

The memo also stated that "there has been no positive result for COVID-19 within Sumitomo Buffalo," which has 1,300 employees, and "medical visits are on the decline."

The company previously said employees were being "screened" by a third-party nurse hired by Sumitomo. HR director Russell Pustulka did not immediately respond to a question about whether any employees had actually been tested for the virus.

Pustulka also declined to answer questions about why the company -- if it is making the decision for safety reasons -- is waiting another 11 days to shut down the plant.