The New York State Department of Labor announced on Wednesday that it's suspending forfeiture days for people claiming unemployment during the COVID-19 pandemic. 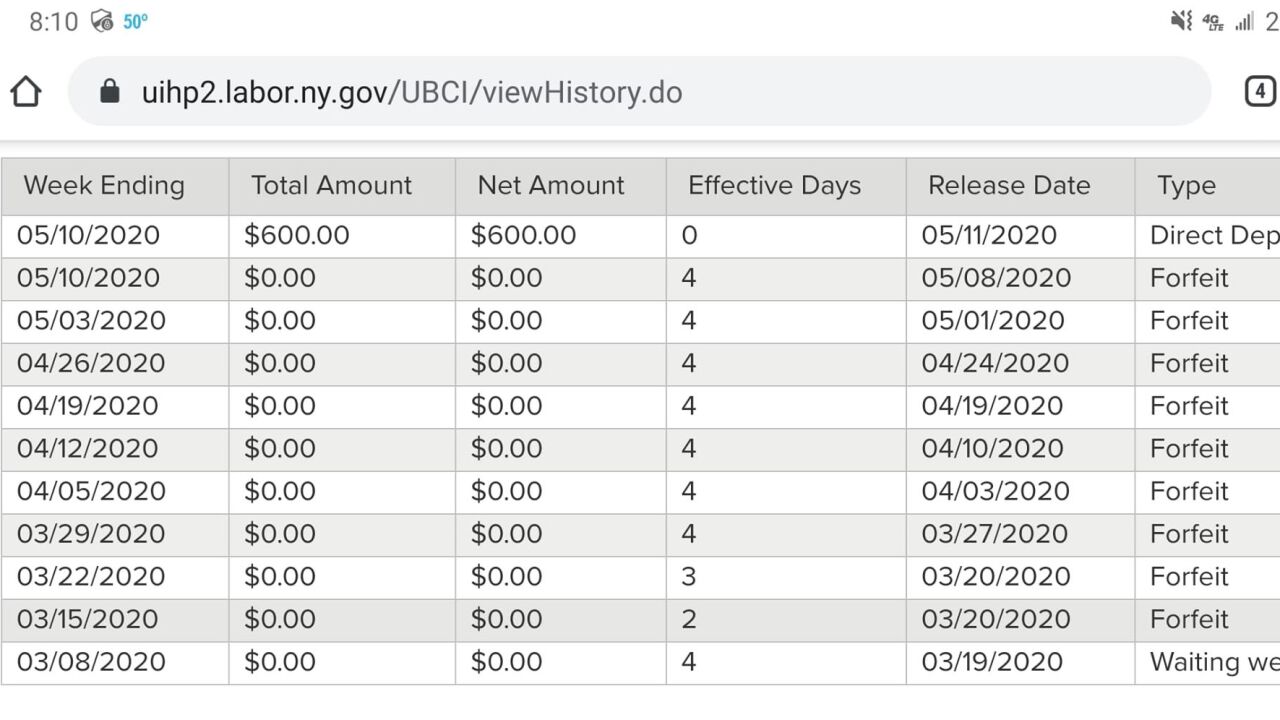 "Individuals will begin receiving the full benefits they would otherwise be eligible for, and payments should begin arriving in the next two weeks and will include back pay through today's date," she said.

A forfeiture day is a penalty. According to the Department of Labor's website it's intended to, "prevent individuals who knowingly claimed more unemployment benefits than they are eligible for from receiving future benefits for a specified number of days.

Hannah Centner of Arcade has been unemployed for two months. She said she paid back extra benefits years ago, and does not owe the state anything, which is why she was shocked to see the word "forfeit" on her account nine weeks in a row.

"Honestly, I had completely forgot about it," she said. "I got a job and went back to work four years ago."

New York State Senator Monica Martinez (D-Brentwood) said the system didn't recognize people who already paid back the extra benefits. The Department of Labor also withheld benefits from New Yorkers who still owed the state. Martinez advocated for the suspension of forfeiture days. She said she wrote a letter to the Labor Commissioner on April 13th. She also introduced a bill in the state senate.

"We're not saying don't return it, you will have to return that money," she said. "But at the same time, they need to live and they need to survive."

Martinez said people who still owe money to the state will now have a certain percentage taken out of their unemployment benefits.

While Centner said she's grateful for the change, she still endured weeks of no pay.

"Thank you for waiving the forfeit days finally, but yeah it is a little too late," she said.