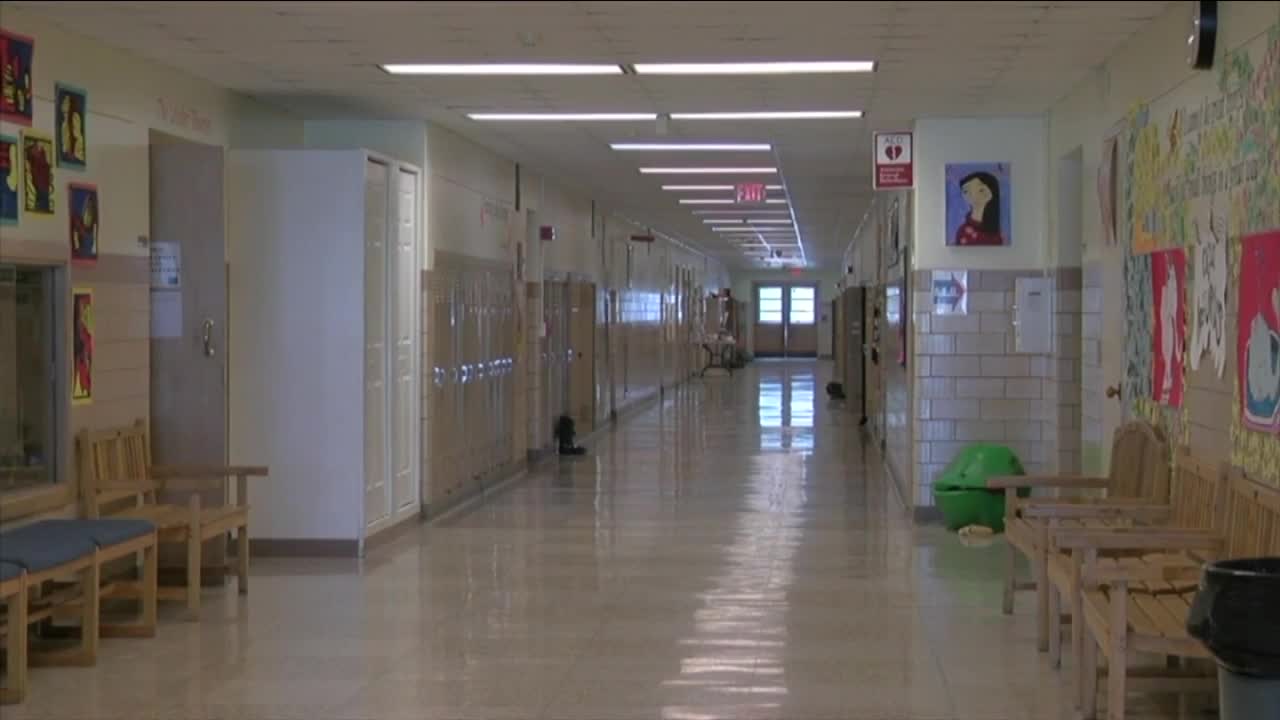 Some schools have already made the switch.

TONAWANDA, N.Y. (WKBW) — Schools in the Erie County COVID-19 yellow zone are scrambling. Some districts that were in a hybrid-learning model are switching back to full remote.

While in the yellow zone, 20% of students and staff must be randomly tested every week. Kenton's superintendent was not mincing words at a school board meeting on Tuesday.

“I'd rather that people are preparing for worst case scenario and then hopefully I could come back to you on Friday with a better scenario than what is in front of us,” said Sabatino Cimato, the Ken-Ton superintendent.

He says all families should be prepared for full remote classes on Monday. Adding that it would take a monumental effort to provide testing for 20% of students and staff. That would be 860 tests per week in the Ken-Ton school district.

“I'm not telling you that we've deemed that it's impossible, but as you could see, a number like that is staggering,” added Cimato.

Erie County Executive Mark Poloncarz said on Monday that individual school districts would be responsible for testing. And that the test would potentially be administered by school nurses. That could put districts in a tight spot.

“Then we're leaving our schools without, potentially without, a nurse working during the day because they're focused on testing,” said Cimato.

With districts around Erie County facing decisions about testing, more could follow suit with a switch to fully-remote learning.