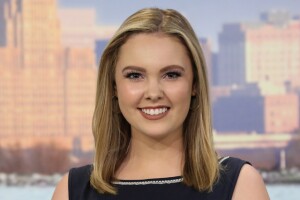 Nikki DeMentri joined the WKBW team in June of 2018 as a multimedia journalist.

Hailing from a small-town, this Jersey girl is thrilled to be living in Western New York after attending Syracuse University. Nicole first fell in love with storytelling through dance and telling stories on the stage. She followed her passion for broadcast to the S.I. Newhouse School of Public Communications.

At school, she reported, anchored and executive produced for SU’s student station, CitrusTV, as well as reported and anchored for a live weekly morning show, "Morning’s On The Hill." Nicole had the opportunity to intern in local, national and international newsrooms during her studies including at MSNBC, the NBC Investigative Unit, WSTM-TV, The Week UK, Bloomberg News and NBC Specials. Throughout college, Nicole also freelance reported for her hometown newspapers, Community News Service.

She is excited to get to know and love the Buffalo community. Whenever she’s not in the newsroom, it’s a safe bet you can find her in a dance class, traveling or exploring new restaurants.