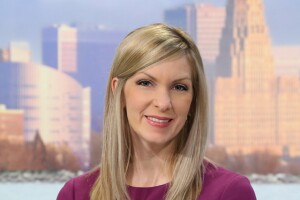 Ali has been a Multi-Media Journalist with 7 Eyewitness News since 2016.

A short trip east on the NYS Thruway will take you to Ali's hometown of Endwell. That's also where she began her journalism career. Ali learned a lot shooting, writing, and editing her own stories at WICZ-FOX 40 in Binghamton, NY. She covered everything from the historic floods of 2006 to the Cal Harris Murder Trial; a case which has received national attention.

Most recently, Ali worked in Rochester, NY where she was a reporter and morning anchor for WROC-TV. During her time in Rochester, she took a few years off from TV when she was tapped to be Chief of Staff for NYS Assemblyman Sean Hanna. But, eventually, Ali realized how much she missed telling stories that make a difference and decided to get back into journalism.

Ali graduated from SUNY Geneseo. She has a passion for politics and covering what matters most to viewers. She’s proud to be a part of the station’s I-team and its Hiring 716 initiative. Ali's also dedicated to raising money and awareness for the fatal, neurological disease, ALS.

Ali and her husband, Jeff have two children Lucy and Jack, and a dog, Oscar. Everyone in the house is expected to be a Bills fan.